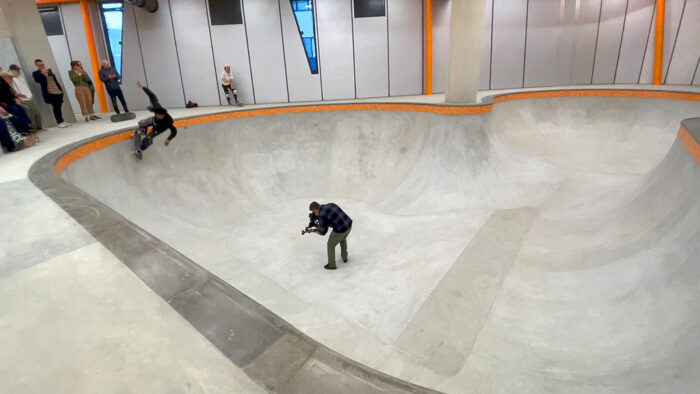 Working with the BBC and Shackleton Films, Olaus Roe helped to produce a short film on the exciting new multi-storey F51 Skatepark in Folkestone. Presented by Matt Willis from Busted and featuring Olympic pro-skater Jordan Thackeray, aired on BBC One at 7pm on the 21 March, this short film celebrates this amazing facility and everything it will contribute to the local community.

The One Show - Aerial filmingBugs in the system